Recommended books (20)
Travel the world without leaving your chair. The target of the Read Around The World Challenge is to read at least one book written by an author from each and every country in the world. All books that are listed here as part of the "Read Around Europe Challenge" were written by authors from Austria. Find a great book for the next part of your reading journey around the world from this book list. The following popular books have been recommended so far.

Austria
Description:
In post-World War II Austria, Gerti, a woman on the verge of a breakdown due to her husband's relentless sexual attentions, wanders away from home one day and is rescued by an ambitious young man who turns out to be much like her husband.
Genre Feminism
Tags: Set in AUSTRIA Female author Nobel Prize in Literature
Recommended: 04 Jan 2023

Man's Search For Meaning : The classic tribute to hope from the Holocaust by Viktor E Frankl EN

Austria
Description:
Over 16 million copies sold worldwide 'Every human being should read this book' Simon Sinek One of the outstanding classics to emerge from the Holocaust, Man's Search for Meaning is Viktor Frankl's story of his struggle for survival in Auschwitz and other Nazi concentration camps. Today, this remarkable tribute to hope offers us an avenue to finding greater meaning and purpose in our own lives.
Genre Historical Memoir Biography
Tags: Set in GERMANY Male author
Recommended: 06 Mar 2022 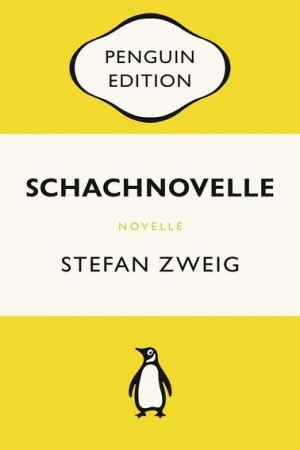 The Empress and the Cake by Linda Stift EN

The Story of the Trapp Family Singers by Maria A. Trapp EN

Austria
Description:
With nearly 1,500 Broadway performances, six Tony Awards, more than three million albums sold, and five Academy Awards, The Sound of Music, based on the lives of Maria, the baron, and their singing children, is as familiar to most of us as our own family history. But much about the real-life woman and her family was left untold. Here, Baroness Maria Augusta Trapp tells in her own beautiful, simple words the extraordinary story of her romance with the baron, their escape from Nazi-occupied Austria, and their life in America. Now with photographs from the original edition.
Genre Historical Memoir Biography
Tags: Female author
Recommended: 21 Oct 2022

The Tobacconist by Robert Seethaler EN

Austria
Description:
'Set at a time of lengthening shadows, this is a novel about the sparks that illuminate the dark: of wisdom, compassion, defiance and courage. It is wry, piercing and also, fittingly, radiant.' Daily MailWhen seventeen-year-old Franz exchanges his home in the idyllic beauty of the Austrian lake district for the bustle of Vienna, his homesickness quickly dissolves amidst the thrum of the city. In his role as apprentice to the elderly tobacconist Otto Trsnyek, he will soon be supplying the great and good of Vienna with their newspapers and cigarettes. Among the regulars is a Professor Freud, who... continue
Genre
Tags: Male author
Recommended: 28 Jan 2018

The Weight of Things by Marianne Fritz EN

To Hell and Back : An Autobiography by Niki Lauda EN

Austria
Description:
Niki Lauda drove a car for sport, but crossed the line between life and death and fought back to even greater glory. Even people who know nothing of Formula One have heard of his crash at Nurburgring in 1976, when we was dragged from the inferno of his Ferrari so badly injured he was given the last rites. Within 33 days, he was racing again at Monza. His wounds bled, he had no eyelids. He was terrified. A year later, he reclaimed his World Championship title. In To Hell and Back he reveals how he battled fear to stage a comeback that seemed beyond human endurance. Then it's Lauda vs Hunt, an e... continue
Genre Biography
Tags: Male author
Recommended: 21 Aug 2022

FIND BOOKS FROM AUSTRIA BY GENRE

FIND BOOKS FROM AUSTRIA BY LANGUAGE