Recommended books (18)
Travel the world without leaving your chair. The target of the Read Around The World Challenge is to read at least one book written by an author from each and every country in the world. All books that are listed here as part of the Read Around North America Challenge were written by authors from canada. Find a great book for the next part of your reading journey around the world from this book list. The following popular books have been recommended so far.

All My Puny Sorrows by Miriam Toews EN

Canada
Description:
Miram Toews's All My Puny Sorrows - Sunday Times Top Choice Summer Read Elf and Yoli are two smart, loving sisters. Elf is a world-renowned pianist, glamorous, wealthy, happily married: she wants to die. Yoli is divorced, broke, sleeping with the wrong men: she desperately wants to keep her older sister alive. When Elf's latest suicide attempt leaves her hospitalised weeks before her highly anticipated world tour, Yoli is forced to confront the impossible question of whether it is better to let a loved one go. Miriam Toews's All My Puny Sorrows, at once tender and unquiet, offers a profound re... continue
Genre Adult
Tags: Set in CANADA Female author
Recommended: 06 Mar 2022

Canada
Description:
Presents an abridged version of the tale of Anne, an eleven-year-old orphan, who comes to live on a Prince Edward Island farm and proceeds to make an indelible impression on everyone around her.
Genre Young Adult Historical fiction Historical
Tags: Female author
Recommended: 03 May 2020

Beauty Tips from Moose Jaw : Travels in Search of Canada by Will Ferguson EN

Canada
Description:
The follow-up to the back-to-back successes of How to Be a Canadian (over 110,000 copies sold) and Happiness™ (Winner of the Leacock Medal for Humour). Will Ferguson spent a three-year period criss-crossing Canada and back again. In a helicopter above the barrenlands of the sub-Arctic, in a canoe with his four-year-old son, aboard seaplanes and along the Underground Railroad, Will’s travels have taken him from Cape Spear on the coast of Newfoundland to the sun-dappled streets of Olde Victoria. In his last book, Will told us how to be Canadian; now in this book, he will tell us what it means to... continue
Genre Travel
Tags: Set in CANADA Male author
Recommended: 16 Nov 2022

Canada
Description:
The Vegetarian meets Heathers in this darkly funny, seductively strange novel about a lonely graduate student drawn into a clique of rich girls who seem to move and speak as one "We were just these innocent girls in the night trying to make something beautiful. We nearly died. We very nearly did, didn't we?" Samantha Heather Mackey couldn't be more of an outsider in her small, highly selective MFA program at New England's Warren University. A scholarship student who prefers the company of her dark imagination to that of most people, she is utterly repelled by the rest of her fiction writing co... continue
Genre Horror Humor Thriller Adult
Tags: Female author
Recommended: 21 Jul 2022

Canada
Description:
This Crow will ruffle a few feathers. When Stacey Fortune is diagnosed with three highly unpredictable -- and inoperable -- brain tumours, she abandons the crumbling glamour of her life in Toronto for her mother Effie's scruffy trailer in rural Cape Breton. Back home, she's known as Crow, and everybody suspects that her family is cursed. With her future all but sealed, Crow decides to go down in a blaze of unforgettable glory by writing a memoir that will raise eyebrows and drop jaws. She'll dig up "the dirt" on her family tree, including the supposed curse, and uncover the truth about her mys... continue
Genre
Tags: Set in CANADA Female author
Recommended: 17 Nov 2022

Canada
Description:
"Challenges the ableism of fairy tales and offers new ways to celebrate the magic of all bodies. In fairy tales, happy endings are the norm - as long as you're beautiful and walk on two legs. After all, the ogre never gets the princess. And since fairy tales are the foundational myths of our culture, how can a girl with a disability ever think she'll have a happy ending? By examining the ways that fairy tales have shaped our expectations of disability, Disfigured will point the way toward a new world where disability is no longer a punishment or impediment but operates, instead, as a way of ce... continue
Genre Adult Memoir
Tags: Female author
Recommended: 24 Aug 2022 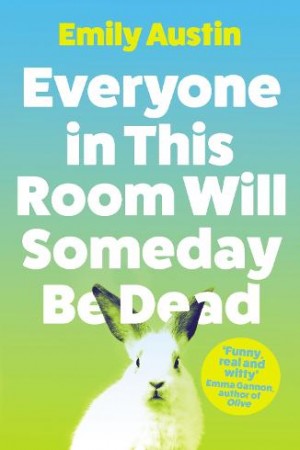 Canada
Description:
A dazzling, immersive generational saga that charts a family's rise and fall, its secrets and inherited crimes, and conflicted relationship with the source of its fortune--trees--from one of Canada's most acclaimed novelists. It's 2034 and Jake Greenwood is a storyteller and a liar, an overqualified tour guide babysitting ultra-rich vacationers in one of the world's last remaining forests. It's 2008 and Liam Greenwood is a carpenter, fallen from a ladder and sprawled on his broken back, calling out from the concrete floor of an empty mansion. It's 1974 and Willow Greenwood is out of jail, free... continue
Genre Historical fiction
Tags: Set in CANADA Male author
Recommended: 15 Nov 2022

Canada
Description:
Jake and a woman known only as The Girlfriend are taking a long drive to meet his parents at their secluded farm. But when Jake takes a sudden detour, leaving The Girlfriend stranded at a deserted high school, the story transforms into a twisted combination of the darkest unease, psychological frailty, and a look into the limitations of solitude.
Genre Horror Thriller
Tags: Set in CANADA Male author
Recommended: 13 Sep 2022

FIND BOOKS FROM CANADA BY GENRE

FIND BOOKS FROM CANADA BY LANGUAGE