Recommended books (11)
Travel the world without leaving your chair. The target of the Read Around The World Challenge is to read at least one book written by an author from each and every country in the world. All books that are listed here as part of the Read Around South America Challenge were written by authors from chile. Find a great book for the next part of your reading journey around the world from this book list. The following popular books have been recommended so far.

Chile
Description:
“A tender and funny story about love, family and the peculiar position of being a stepparent…[Chilean Poet] broadens the author’s scope and quite likely his international reputation.” —Los Angeles Times “Zambra's books have long shown him to be a writer who, at the sentence level, is in a world all his own.” —Juan Vidal, NPR.org A writer of “startling talent” (The New York Times Book Review), Alejandro Zambra returns with his most substantial work yet: a story of fathers and sons, ambition and failure, and what it means to make a family After a chance encounter at a Santiago nightclub, aspirin... continue
Genre Humor
Tags: Male author
Recommended: 07 Apr 2022

Deep Down Dark : The Untold Stories of 33 Men Buried in a Chilean Mine, and the Miracle That Set Them Free by Héctor Tobar EN

Chile
Description:
Includes New Material Exclusive to the Paperback A Finalist for a National Book Critics Circle Award A Finalist for a Los Angeles Times Book Prize A New York Times Book Review Notable Book When the San José mine collapsed outside of Copiapó, Chile, in August 2010, it trapped thirty-three miners beneath thousands of feet of rock for a record-breaking sixty-nine days. After the disaster, Pulitzer Prize-winning journalist Héctor Tobar received exclusive access to the miners and their tales, and in Deep Down Dark, he brings them to haunting, visceral life. We learn what it was like to be imprisone... continue
Genre Historical Memoir Adventure Adult
Tags: Set in CHILE Male author
Recommended: 22 Oct 2022

Chile
Description:
Born in the back room of the mansion where her mother toils, and herself in service from an early age, the enchanting and ever-enchanted Eva Luna escapes oppression through story telling. Rolf Carle flees Germany for South America, and ultimately works as a documentary film maker, to escape childhood memories of burying the concentration camp dead.
Genre
Tags: Female author
Recommended: 21 May 2022

Ines of My Soul : A Novel by Isabel Allende EN

Chile
Description:
A passionate tale of love, freedom, and conquest from the New York Times bestselling author of The House of the Spirits, Isabelle Allende. Born into a poor family in Spain, Inés Suárez, finds herself condemned to a life of poverty without opportunity as a lowly seamstress. But it's the sixteenth century, the beginning of the Spanish conquest of the Americas. Struck by the same restless hope and opportunism, Inés uses her shiftless husband's disappearance to Peru as an excuse to embark on her own adventure. After learning of her husband's death in battle, she meets the fiery war hero, Pedro de ... continue
Genre
Tags: Female author
Recommended: 20 Feb 2022 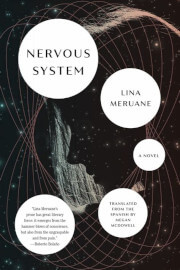 The House of the Spirits by Isabel Allende EN

Chile
Description:
Spanning four generations, Isabel Allende's magnificent family saga is populated by a memorable, often eccentric cast of characters. Together, men and women, spirits, the forces of nature, and of history, converge in an unforgettable, wholly absorbing and brilliantly realised novel that is as richly entertaining as it is a masterpiece of modern literature.
Genre
Tags: Female author
Recommended: 02 Jan 2018

The Private Lives of Trees by Alejandro Zambra EN

Chile
Description:
Worried that his wife Veronica will not return home from an art class, Julian imagines his stepdaughter Daniela's future without her mother and tells her an improvisional bedtime story.
Genre
Tags: Set in CHILE Male author
Recommended: 04 Sep 2022

Chile
Description:
A seagull, dying from the effects of an oil spill, entrusts her egg to Zorba the cat, who promises to care for it until her chick hatches, then teach the chick to fly. Reprint.
Genre Fantasy
Tags: Male author
Recommended: 06 Oct 2022

FIND BOOKS FROM CHILE BY GENRE

FIND BOOKS FROM CHILE BY LANGUAGE