Recommended books (14)
Travel the world without leaving your chair. The target of the Read Around The World Challenge is to read at least one book written by an author from each and every country in the world. All books that are listed here as part of the Read Around Europe Challenge were written by authors from finland. Find a great book for the next part of your reading journey around the world from this book list. The following popular books have been recommended so far.

Children of the Cave by Virve Sammalkorpi EN 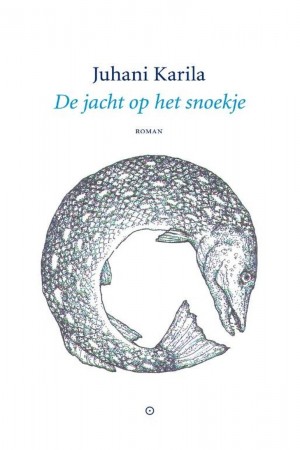 Finland
Description:
'Fair Play' portrays a love between two older women, a writer and artist, as they work side-by-side in their Helsinki studios, travel together and share summers on a remote island.
Genre Short story
Tags: Set in FINLAND Female author
Recommended: 06 Mar 2022

Finland
Description:
In the summer of 1947, a young priest, Petter, his wife and baby daughter, arrive by mail boat at a tiny island. They are to take over its drafty homestead from where Petter is to minister to the scattered community. In this evocative tale, Ulla-Lena Lundberg draws us into the minutiae of an austere yet purposeful life where the demands of self-sufficiency - cows to milk and sheep to graze - are tempered by the kindness of neighbours. With each season, the family's love of the island grows and when the winter brings ice a new and tentative link is created. Told through the eyes of Petter, the ... continue
Genre
Tags: Female author
Recommended: 13 Aug 2022

Memory of Water : A Novel by Emmi Itäranta EN

Finland
Description:
The award-winning speculative debut novel, now in English for the first time! In the far north of the Scandinavian Union, now occupied by the power state of New Qian, seventeen-year-old Noria Kaitio studies to become a tea master like her father. It is a position that holds great responsibility and a dangerous secret. Tea masters alone know the location of hidden water sources, including the natural spring that once provided water for her whole village. When Noria's father dies, the secret of the spring reaches the new military commander . . . and the power of the army is vast indeed. But the ... continue
Genre Science fiction Dyspotia Fantasy Young Adult
Tags: Female author
Recommended: 31 Oct 2022

Finland
Description:
Maria Kallio has just been assigned her first murder investigation. To prove to herself and her squad that she has what it takes to be a detective, she'll have to solve the death of Tommi Peltonen. Found floating facedown at the water's edge of his Helsinki villa, Tommi had invited his choir group to spend a weekend at his retreat. But beneath the choir's seemingly tight-knit bonds seethed bitter passion and jealousy. As Maria sets out to determine the difference between friends and foes, she uncovers the victim's unsavory past - and motives for all seven suspects. Now it's up to her to untang... continue
Genre
Tags: Female author
Recommended: 06 Feb 2018

Finland
Description:
A blowfly. Unusually large, loud, and eager to lay its eggs. It was lying in wait to get into the kitchen, rubbing its wings and feet against the curtain as if preparing to feast. It was after meat, nothing else but meat. Deep in an overgrown Estonian forest, two women, one young, one old, are hiding. Zara, a murderer and a victim of sex-trafficking, is on the run from brutal captors. Aliide, a communist sympathizer and a blood traitor, has endured a life of abuse and the country's brutal Soviet years. Their survival now depends on exposing the one thing that kept them hidden... the truth.
Genre Historical
Tags: Female author
Recommended: 20 Feb 2022

Finland
Description:
An atmospheric love story with a twist by the author of The Rabbit Back Literature Society. In a small hillside town, Olli Suominen - publisher and discontented husband - is constantly losing umbrellas. He has also joined a film club. And Greta, an old flame, has added him on Facebook. As his life becomes more and more entangled with Greta's, and his wife and son are dragged into the aftermath of this teenage romance, Olli is forced to make a horrible choice. But does he really want to know what the secret passages are? Can he be sure that Greta is who she seems to be? And what actually happen... continue
Genre
Tags: Male author
Recommended: 28 Jan 2018

FIND BOOKS FROM FINLAND BY GENRE

FIND BOOKS FROM FINLAND BY LANGUAGE