Recommended books (28)
Travel the world without leaving your chair. The target of the Read Around The World Challenge is to read at least one book written by an author from each and every country in the world. All books that are listed here as part of the "Read Around Europe Challenge" were written by authors from Ireland. Find a great book for the next part of your reading journey around the world from this book list. The following popular books have been recommended so far.

Himself by Jess Kidd EN

Ireland
Description:
A BBC Radio 2 Book Club Choice Shortlisted for the Irish Book Awards 2016Shortlisted for the Authors' Club Best First Novel Award 2017Longlisted for the John Creasey (New Blood) Dagger 20171950. A teenage girl is brutally murdered in a forest. But, somehow, her baby survives.1976. A mysterious and charming young man returns to the remote coastal village of Mulderrig, seeking answers about the mother who, it was said, had abandoned him on the steps of a Dublin orphanage.With the help of its oldest and most eccentric inhabitant, he will force the village to give up its ghosts. Nothing, not even ... continue
Genre Crime Fantasy Thriller
Tags: Female author
Recommended: 03 Mar 2018

In the Woods by Tana French EN

Ireland
Description:
LONGLISTED FOR THE DESMOND ELLIOTT PRIZE SHORTLISTED FOR THE BOLLINGER EVERYMAN WODEHOUSE PRIZE 'A writer out to do whatever the hell he wants . . . a grisly, gross-out slice of medieval life and death, it's vigorously, writhingly itself, spilling out of any box you put it in' Observer 'A dark and bloody tale, well leavened with bone-dry humour, and with a dramatic climax that has about it the flavour of a Jacobean tragedy' Guardian 'Set to become an Irish cult classic' Sunday Business Post 'A tremendously engaging and fun read . . . a crazed, quixotic odyssey' Kevin Barry An ambitious noble a... continue
Genre
Tags: Male author
Recommended: 11 Sep 2022 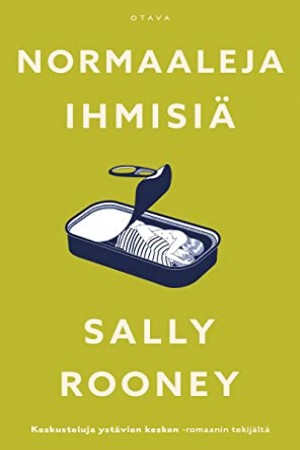 Ireland
Description:
In this beautiful, epic coming-of-age novel, an old tale is rewoven as a stunning YA story by well-known Irish author/illustrator Marie-Louise Fitzpatrick. I kept clear of Dog Cullen. Till the summer we turned seventeen, the summer the dolphin came to Carrig Cove . . . Donegal, 1976 When a dolphin takes up residence in Carrig Cove, Emer and her best friend, Fee, feel like they have an instant connection with it. Then Dog Cullen and his sidekick, Kit, turn up, and the four friends begin to sneak out at midnight to go down to the beach, daring each other to swim closer and closer to the creature... continue
Genre Adventure
Tags: Female author
Recommended: 06 Jul 2021

One by Sarah Crossan EN

Ireland
Description:
Tippi and Grace share everything—clothes, friends . . . even their body. Writing in free verse, Sarah Crossan tells the sensitive and moving story of conjoined twin sisters, which will find fans in readers of Gayle Forman, Jodi Picoult, and Jandy Nelson. Tippi and Grace. Grace and Tippi. For them, it's normal to step into the same skirt. To hook their arms around each other for balance. To fall asleep listening to the other breathing. To share. And to keep some things private. Each of the sixteen-year-old girls has her own head, heart, and two arms, but at the belly, they join. And they are ha... continue
Genre Romance
Tags: Female author
Recommended: 09 Apr 2022

Spellbook of the Lost and Found by Moïra Fowley-Doyle EN

FIND BOOKS FROM IRELAND BY GENRE

FIND BOOKS FROM IRELAND BY LANGUAGE