Recommended books (28)
Travel the world without leaving your chair. The target of the Read Around The World Challenge is to read at least one book written by an author from each and every country in the world. All books that are listed here as part of the Read Around Asia Challenge were written by authors from japan. Find a great book for the next part of your reading journey around the world from this book list. The following popular books have been recommended so far.

Japan
Description:
The internationally best-selling and award-winning author of such works as What I Talk About When I Talk About Running presents a psychologically charged tale that draws on Orwellian themes. 100,000 first printing.
Genre
Tags: Male author
Recommended: 26 Jul 2022

Before the Coffee Gets Cold by Toshikazu Kawaguchi EN

Japan
Description:
*OVER ONE MILLION COPIES SOLD* *NOW AN INTERNATIONAL BESTSELLER* If you could go back, who would you want to meet? In a small back alley of Tokyo, there is a café that has been serving carefully brewed coffee for more than one hundred years. Local legend says that this shop offers something else besides coffee—the chance to travel back in time. Over the course of one summer, four customers visit the café in the hopes of making that journey. But time travel isn’t so simple, and there are rules that must be followed. Most important, the trip can last only as long as it takes for the coffee to ge... continue
Genre Science fiction
Tags: Male author
Recommended: 26 Sep 2019

Japan
Description:
'Breathtaking' – Haruki Murakami author of Norwegian Wood A beguiling novel about three women struggling to determine their own lives in contemporary Tokyo. A New York Times 'Notable Book of the Year' and one of Elena Ferrante's 'Top 40 Books by Female Authors' On a hot summer’s day in a poor suburb of Tokyo we meet three women: thirty-year-old Natsuko, her older sister Makiko, and Makiko’s teenage daughter Midoriko. Makiko, an ageing hostess despairing the loss of her looks, has travelled to Tokyo in search of breast enhancement surgery. She's accompanied by Midoriko, who has recently stopped... continue
Genre
Tags: Set in JAPAN Female author
Recommended: 20 Apr 2022

Japan
Description:
A mesmerising mystery story about friendship from the internationally bestselling author of Norwegian Wood and 1Q84 Tsukuru Tazaki had four best friends at school. By chance all of their names contained a colour. The two boys were called Akamatsu, meaning ‘red pine’, and Oumi, ‘blue sea’, while the girls’ names were Shirane, ‘white root’, and Kurono, ‘black field’. Tazaki was the only last name with no colour in it. One day Tsukuru Tazaki’s friends announced that they didn't want to see him, or talk to him, ever again. Since that day Tsukuru has been floating through life, unable to form intim... continue
Genre
Tags: Male author
Recommended: 08 Mar 2018

Japan
Description:
The English-language debut of one of Japan’s most talented contemporary writers, selling over 650,000 copies there, Convenience Store Woman is the heartwarming and surprising story of thirty-six-year-old Tokyo resident Keiko Furukura. Keiko has never fit in, neither in her family, nor in school, but when at the age of eighteen she begins working at the Hiiromachi branch of “Smile Mart,” she finds peace and purpose in her life. In the store, unlike anywhere else, she understands the rules of social interaction—many are laid out line by line in the store’s manual—and she does her best to copy th... continue
Genre Adult
Tags: Set in JAPAN Female author
Recommended: 06 Mar 2022 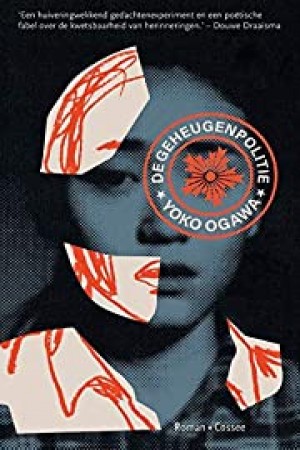 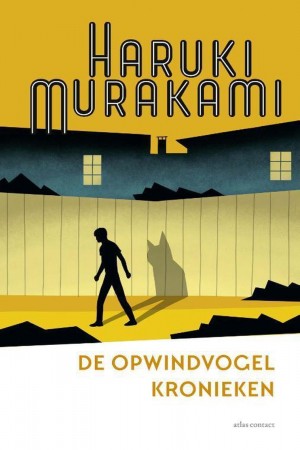 Japan
Description:
From the beloved author of cult sensation Convenience Store Woman, which has now sold more than one million copies worldwide and has been translated into thirty-three languages, comes a spellbinding and otherworldly novel about a woman who believes she is an alien Sayaka Murata's Convenience Store Woman was one of the most unusual and refreshing bestsellers of recent years, depicting the life of a thirty-six-year-old clerk in a Tokyo convenience store. Now, in Earthlings, Sayaka Murata pushes at the boundaries of our ideas of social conformity in this brilliantly imaginative, intense, and abso... continue
Genre Horror Magical Realism
Tags: Set in JAPAN Female author
Recommended: 20 Nov 2022

Japan
Description:
A Kyoto geisha describes her initiation into an okiya at the age of four, the intricate training that made up most of her education, her successful career, and the traditions surrounding the geisha culture. Reprint.
Genre Biography Memoir Historical
Tags: Set in JAPAN Female author
Recommended: 09 Apr 2022

How Do You Live? by Genzaburo Yoshino EN

Japan
Description:
The first English translation of the classic Japanese novel that has sold over 2 million copies—a childhood favorite of anime master Hayao Miyazaki (Spirited Away, My Neighbor Totoro, Howl’s Moving Castle), with an introduction by Neil Gaiman. First published in 1937, Genzaburō Yoshino’s How Do You Live? has long been acknowledged in Japan as a crossover classic for young readers. Academy Award–winning animator Hayao Miyazaki has called it his favorite childhood book and announced plans to emerge from retirement to make it the basis of his final film. How Do You Live? is narrated in two voices... continue
Genre Historical fiction Philosophical
Tags: Male author
Recommended: 27 Sep 2022

FIND BOOKS FROM JAPAN BY GENRE

FIND BOOKS FROM JAPAN BY LANGUAGE