Recommended books (14)
Travel the world without leaving your chair. The target of the Read Around The World Challenge is to read at least one book written by an author from each and every country in the world. All books that are listed here as part of the Read Around Europe Challenge were written by authors from netherlands. Find a great book for the next part of your reading journey around the world from this book list. The following popular books have been recommended so far.

Netherlands
Description:
A collection of the diaries and letters of Etty Hillesum (1914-43) who lived in Amsterdam that were composed in the shadow of the Holocaust, but their interest lies in the light-filled mind that pervades them and in the internal journey they chart.
Genre Biography
Tags: Female author
Recommended: 01 Aug 2019

Netherlands
Description:
LRB BOOKSHOP'S AUTHOR OF THE MONTH ONE OF THE GUARDIAN'S BEST BOOKS OF 2019 WITH A NEW AFTERWORD BY GEOFF DYER 'If you haven't read Bernhard, you will not know of the most radical advance in fiction since Joyce ... My advice: dive in.' Lucy Ellmann 'I absolutely love Bernhard: he is one of the darkest and funniest writers ... A must read for everybody.' Karl Ove Knausgaard Franz-Josef Murau is the intellectual black sheep of a powerful Austrian land-owning family. He now lives in Rome in self-imposed exile, surrounded by a coterie of artistic and intellectual friends. On returning from his sis... continue
Genre Psychology Humor
Tags: Set in AUSTRIA Male author
Recommended: 01 Nov 2022

Netherlands
Description:
"Welcome to Black Spring, the seemingly picturesque Hudson Valley town haunted by the Black Rock Witch, a seventeenth-century woman whose eyes and mouth are sewn shut. Muzzled, she walks the streets and enters homes at will. She stands next to children's beds for nights on end. Everybody knows that her eyes may never be opened or the consequences will be too terrible to bear. The elders of Black Spring have virtually quarantined the town by using high-tech surveillance to prevent their curse from spreading. Frustrated by being kept in lockdown, the town's teenagers, decide to break their stric... continue
Genre Horror Fantasy Thriller
Tags: Set in UNITED STATES OF AMERICA Male author
Recommended: 09 Apr 2022

Netherlands
Description:
From the author of New York Times bestseller UTOPIA FOR REALISTS, a revolutionary argument that the innate goodness and cooperation of human beings has been the greatest factor in our success. If one basic principle has served as the bedrock of bestselling author Rutger Bregman's thinking, it is that every progressive idea -- whether it was the abolition of slavery, the advent of democracy, women's suffrage, or the ratification of marriage equality -- was once considered radical and dangerous by the mainstream opinion of its time. With Humankind, he brings that mentality to bear against one of... continue
Genre
Tags: Male author
Recommended: 10 Jun 2022 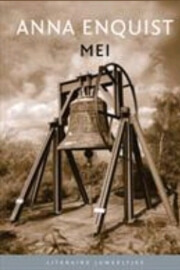 Netherlands
Description:
A collection of short stories in Dutch by one of the best Dutch authors.
Genre Short story
Recommended: 03 Oct 2022

Netherlands
Description:
In Rituals, Amsterdam of the fifties, sixties and seventies is viewed from the perspective of the capricious Inni Wintrop. An unintentional suicide survivor, the unexpected gift of life returned lends him the curiousity, and impartiality, to survey others' lives and rountines. Inni's opposite, the one-eyed downhill skier Arnold Taads measures his life by the clock, while his disowned son Philip follows Japanese rituals which themselves seem to render his existence meaningless. A novel for those who seek to unravel our mysterious, apparently directionless lives...
Genre
Tags: Male author
Recommended: 02 Dec 2022

The Diary of a Young Girl by Anne Frank EN

The Dinner by Herman Koch EN

Netherlands
Description:
NEW YORK TIMES BESTSELLER • The darkly suspenseful tale of two families struggling to make the hardest decision of their lives—all over the course of one meal. Now a major motion picture. “Chilling, nasty, smart, shocking, and unputdownable.”—Gillian Flynn, author of Gone Girl It’s a summer’s evening in Amsterdam, and two couples meet at a fashionable restaurant for dinner. Between mouthfuls of food and over the scrapings of cutlery, the conversation remains a gentle hum of polite discourse. But behind the empty words, terrible things need to be said, and with every forced smile and every new ... continue
Genre Mystery Thriller
Tags: Set in NETHERLANDS Male author
Recommended: 09 Apr 2022

Netherlands
Description:
Corrie ten Boom was a woman admired the world over for her courage, her forgiveness, and her memorable faith. In World War II, she and her family risked their lives to help Jews escape the Nazis, and their reward was a trip to Hitler's concentration camps. But she survived and was released--as a result of a clerical error--and now shares the story of how faith triumphs over evil. For thirty-five years Corrie's dramatic life story, full of timeless virtues, has prepared readers to face their own futures with faith, relying on God's love to overcome, heal, and restore. Now releasing in a thirty-... continue
Genre Memoir Biography Historical
Tags: War Word War II Female author
Recommended: 22 Oct 2022

The Opposite of a Person by Lieke Marsman EN

Netherlands
Description:
If people were evil, and I wished to be good, then I had to�make sure that I was the opposite of a person.
Genre
Tags: Female author
Recommended: 28 Sep 2022

FIND BOOKS FROM NETHERLANDS BY GENRE

FIND BOOKS FROM NETHERLANDS BY LANGUAGE